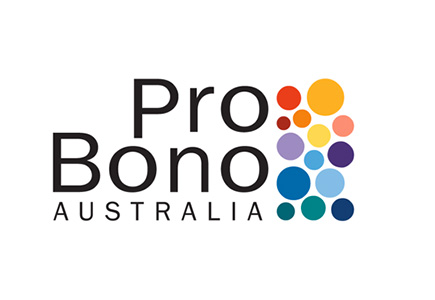 Pro Bono Australia have recently assessed the latest Report into the NDIS, here is what they had to say.

The latest Report into the NDIS confirms that staff at the National Disability Insurance Agency have put in a ‘herculean effort’ over the past year to get the initial four NDIS trial sites up and running, according to the Federal Government.

The “Report on the sustainability of the scheme” shows the average cost of individualised NDIS support packages in the first year of the scheme was $34,600 — within the funding expectation of $35,000.

“What we are seeing is a scheme built on evidence — continually identifying and implementing better ways of doing things, and adjusting to its surroundings,” Bonyhady said.

“The time it takes for an access decision to be made is testament to this,” he said.

“The average time taken to determine eligibility from launch in July last year to the end of December was 29.7 days. In the last six months to June 30 this has more than halved to 13.3 days.

“This significant improvement is the result of a number of operational reforms within the Agency, and reflects its effective learn-build-learn-build approach.

“The NDIS is all about the people it supports, and the Agency will continue working to streamline its processes to benefit them and their families.”

Key findings of the report on the four trial sites in the Hunter (NSW), Barwon (VIC), South Australia and Tasmania include:

“However, we are committed to listening to, and learning from, people’s experiences with the scheme in order to continually improve it,” Bonyhady said.

“Participant satisfaction to date is also reflected in the very few appeals lodged with the Administrative Appeals Tribunal — just 19 to date,” he said.

“This level is unheard of for a human services organisation and, I believe, demonstrates that people with disability and their families are well-informed of the decision-making process.”

He said the NDIA is committed to continual improvement and current work includes:

Bonyhady said the data showed the experiences of the trial sites and feedback received was helping to build the NDIS.

“Operations are continuously improving and its budget is on track — it is financially sustainable and governed by insurance principles,” he said.

“A groundbreaking new scheme like the NDIS — the biggest social policy reform in 30 years — is not perfected by simply willing it. It requires putting in the time and effort to get it right.”

Key points from the Report include:

“It is important that the NDIA be a continually learning organisation that can listen to feedback and make adjustments as necessary. This is how we will ensure that the Scheme can be the best that it can be,” Minister Mitch Fifield said

“It is to be expected that there would be important lessons to be learned following the first year of the operation of the trial sites. This is why the Productivity Commission recommended that the Scheme be rolled out in this manner.

“The Board of the Agency and all governments remain committed to monitoring trends within the Scheme closely.”

The fourth Quarterly Report to the COAG Disability Reform Council on the National Disability Insurance Scheme is now available online at http://www.ndis.gov.au/document/754.